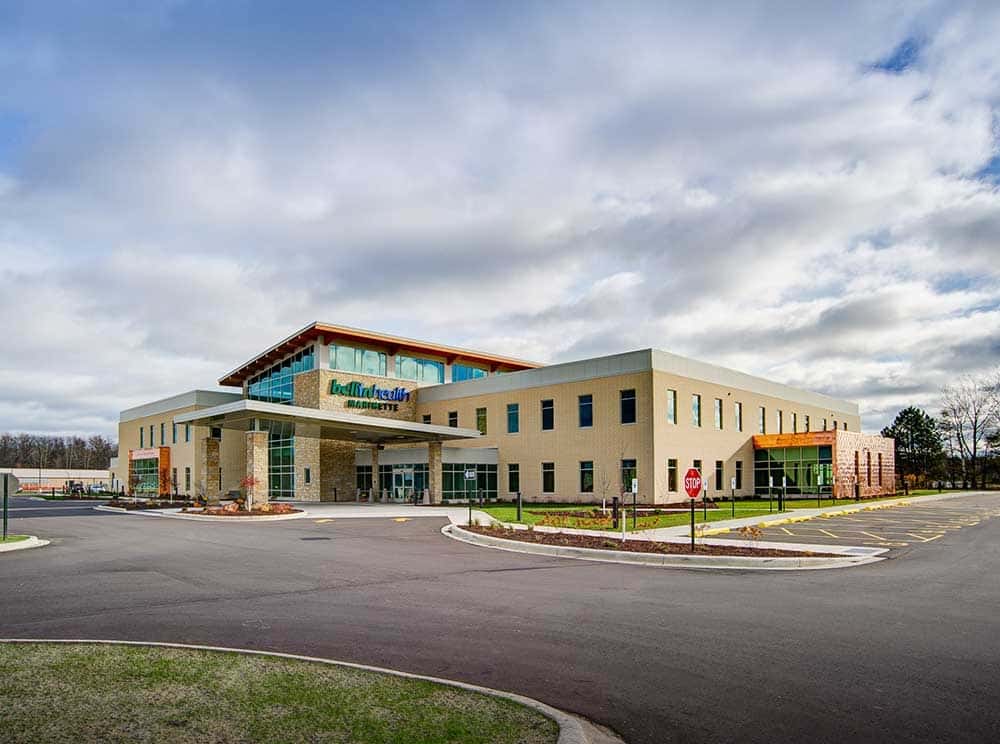 Residents in the Marinette area now have access to a state-of-the-art Bellin Health medical clinic that features a linear accelerator for cancer radiation treatments. The linear accelerator, which delivers high-energy x-rays directly to the patient’s tumor, required special construction methods including a special radiation shielding concrete block system for the walls and ceiling.

The new Bellin Health Marinette facility opened in October 2016 after an aggressive construction schedule completed on time and on budget. IEI brought together a solid team that included other highly experienced subcontractors who have a good history with Bellin.

Site preparation also required specialized techniques after the removal of a former Gustman Automotive Group dealership. Remediation work removed most of the petroleum contaminants from the soil, and a vapor mitigation system under the building’s footprint safely removes residual gases.

Operating in a similar fashion to a drain tile system, a thick membrane between the earth and the building’s concrete slab traps any residual gases and transfers them into the vapor mitigation system to be exhausted out of the roof. All building joints were also sealed to capture gases and vent them out through the mitigation system.